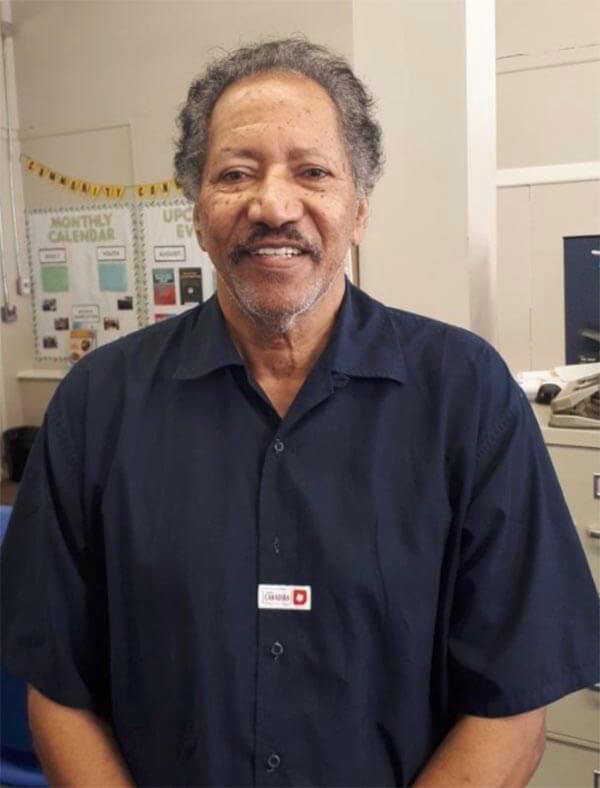 Born in Sudan. German-educated. Fluent in Arabic, English, German, and conversational in Tagalog. Basketball Trainer. Tennis enthusiast. Standing tall at 6 foot 3 inches. These are some of the ways you can describe Abbas. But you’d be missing a couple of things. His big heart and infectious laughter. Abbas arrived in Canada in June of 2001. He completed his high school and university degrees from Leipzig, Germany graduating in Physical Education. His career trail ended up taking him to Saudi Arabia to work as an English-Arabic translator at a military hospital where he worked for 22 years.  He learned Tagalog from the Filipino nurses at the hospital where he worked. Abbas ended up in St. Catharines in 2012 and his days since have been volunteering at the Folk Arts and participating in group activities on a weekly basis ranging from English conversation circles to Zumba. You might also recognize him on some of our parade floats around the city. He enjoys staying active and assisting newcomers adjust to their life in Canada through his wisdom and mentorship. Having 18 years’ experience in Canada, he understands their needs. When he was asked about the Niagara Folk Arts Multicultural Centre and its impact on his life, he said “it’s the key to living in Canada, open the door and you will discover amazing things”.