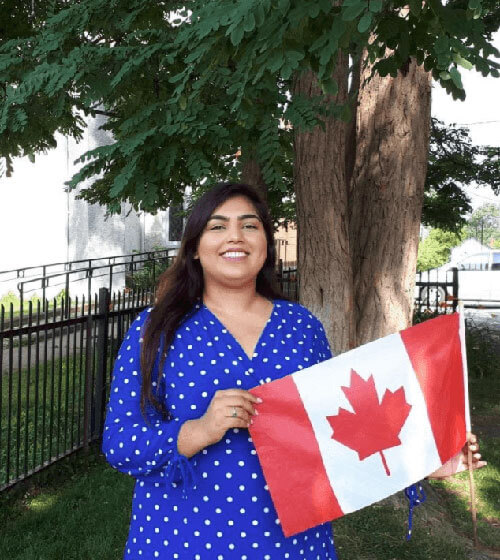 Noushin came to Canada in 2011 with her family when she was 16 years old from Dhaka, Bangladesh.

Dhaka is one of the largest and most densely populated cities in the world, with a population of 21 million people.

One of the challenges she initially faced was when she first arrived in Canada (GTA area) seeking services, people did not take her seriously because she did not have an accent when she spoke. They did not believe she was a newcomer.

Growing up in Toronto, she lived in Greektown and eventually enrolled into the University of Toronto's Psychology program.

Two years later, she transferred to Brock University and for her, it was one of her best life decisions. Brock was a smaller school with a more intimate feel, more conducive to learning, and she received greater assistance.

Noushin's parents brought their family to Canada because of its high education standards. Like many newcomer families, they want their children to receive the best education.

Noushin is currently a 3rd year Psychology student at Brock and once she graduates, wishes to pursue a Master’s Degree in Child Psychology and eventually become a child counselor for children with mental health issues, domestic abuse, violence, and trauma.

Noushin took a semester off to travel to Davao City in the Philippines for 4 months volunteering in a government facility assisting children and adults with special needs planning their daily activities and catering to their needs.

She hopes to bring this experience to help benefit those right here in Canada.

We wish her the best of luck!