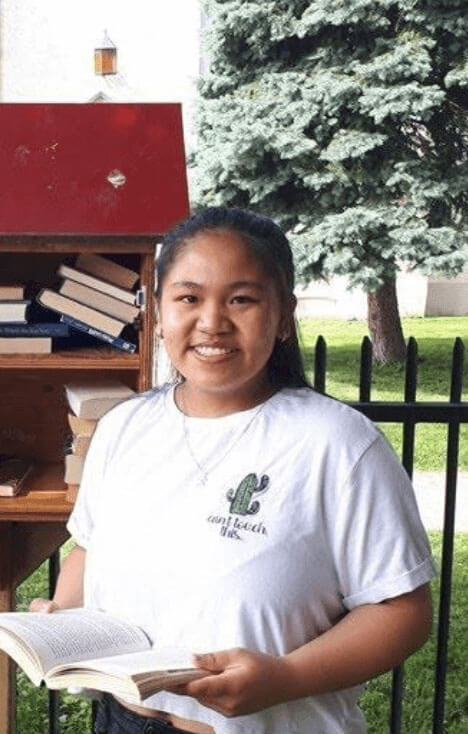 Samantha is a newcomer to Canada who arrived from the Philippines in March of 2014. Along with her mother and sister, Samantha moved directly to St. Catharines and rented a basement apartment where they stayed initially.

When she first arrived in Canada, the first place she visited was Niagara Falls. She immediately enrolled in Ferndale Public School in April. The first day of class in a new school is usually a very daunting experience. However, what would happen next surprised Samantha. As she was introduced as the new student in class, her classmates rose up, walked over to her, and gave her a hug.

She was very surprised but felt welcomed and happy to know that her classmates welcomed her into the class with open arms (literally!).

In 2015, Samantha started at Thorold Secondary School. She earned Honour Roll status ever year of high school. She became involved as the President of the Multicultural Club while also juggling other volunteer roles such as being a part of the Yearbook Club and Student Council.

In grade 12, her journey to Canada came full circle as she volunteered with the Ambassador Club which welcomed Japanese exchange students.

Samantha graduated high school as a Gold Medalist, and the recipient of the Red Seal and Co-op award.

In her free time, she likes to read, listen to music, especially K-Pop, and watch movies.

When asked about the best thing about Canada, she says: "In Canada, you don't feel left out, you feel welcomed. What you see in Hollywood movies about bullying the newcomers in the school, I had a different experience. If you talk to people, you can find many friends. I was shy but I opened up and I am happy I did."