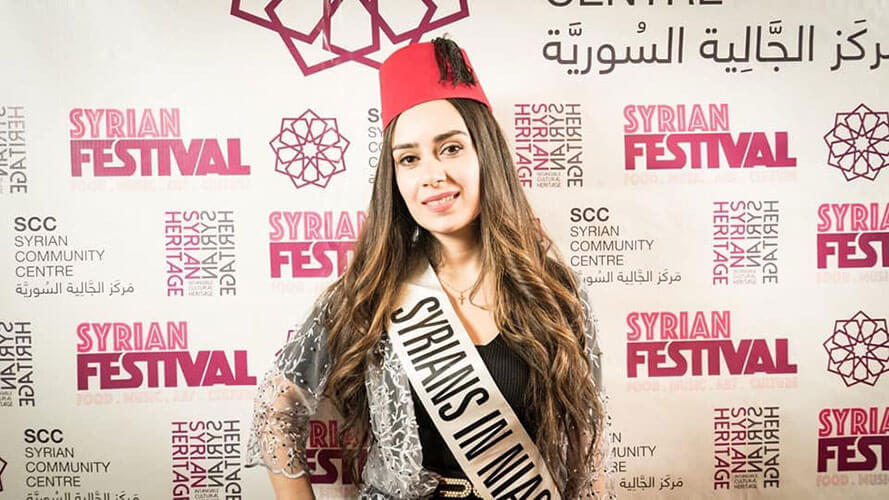 "My name is Marlin Youkhana. I came to Canada in 2015 as a Syrian refugee. The Niagara Folk Arts Multicultural Centre was the first place I visited during my first week in Canada. I started as an ESL (English as Second Language) student. Couple months later, I was able to study academic English through the Enhanced Language Training for Employment program at Niagara College and graduated in 2018 with 90% (A+).

During my studies, I was volunteering at NFAMC as an Intake worker and moved to Settlement Assistant. Through this experience, I was able to gain excellent communication skills. In addition to speaking Assyrian Babylon and Arabic, I developed my English translation skills for sessions, workshops and one-one-one meetings.

I have created along with the Syrian community the Syrian Festival (Open House) that is a part of Niagara Folk Arts Festival and had the chance to be the ambassador for three years in a row.

Today, I am a second year Social Service Worker for immigrants and refugees at Seneca College taking my placement with the agency I feel is home and family for me. Canada is a great place to be and I recommend taking advantage of it to build a good future."