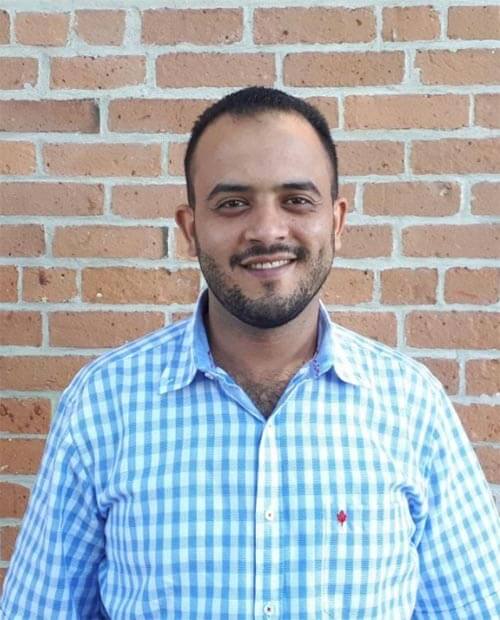 Ali is from Yemen.

Before we talk about Ali’s journey to Canada, let’s rewind a little and talk about what has been going on in Yemen, what he experienced, and then how he got out.

Yemen is one of the oldest civilizations in the world famously known for its coffee and honey. You know that mocha latte at Starbucks that you enjoy? Yes, that’s from Yemen. But for the past 4 years, Yemen has been thrust into a brutal war that has enveloped most of the country and its population of 30 million people. You cannot find one person in Yemen who has not been affected by the war.

Ali decided to leave Yemen as the war was at its peak. He made that decision as bombs were dropping and missiles exploding only five kilometers from his house. These bombs and missiles were indiscriminately targeting civilians at random during the day but increasingly at night. Innocent men, women, and children were all found amongst the dead as bombs dropped near schools and public places. To date, reports show that close to 100,000 people have died since 2015 and forecast that this number could rise to 230,000 by the end of 2019.

According to the United Nations, Yemen was already one of the poorest countries in the world only for this catastrophe to cast Yemen further into abject poverty. 50% of Yemen’s population is on the verge of a historic famine and medical aid is limited and inadequate. That means 15 million people are at risk of death by starvation. Gas is in short supply and households suffer from no electricity. It is difficult to find clean water, and if found, very expensive. Food prices have shot up 400% and in Yemen exists many orphans. This is the current picture of a Yemen ravaged by war.

The United Nations has described the situation in Yemen as the world’s largest humanitarian crisis.

Once Ali decided to leave, he had to travel by car from the capital Sana’a (where the airport was bombed) to the southernmost city of Aden. This route normally takes 6 hours but ended up taking 12 hours because of the destruction that was caused on the main roads.

Ali eventually made it to Egypt in August of 2017 where he walked into the Canadian Embassy and applied for a visa to Canada.

Surprisingly, two months later, he received a call from the Canadian Embassy in Cairo. They said he was accepted to come to Canada and to provide his passport immediately. When asked how he felt when he got the call, he said “how can I explain my feelings in that moment to you?”.

And finally in December of 2017, Ali landed in Canada at Pearson International Airport. However, he had mixed emotions. He was happy he finally made it, but sad that he had to leave his wife and two young children behind. He was also cold, arriving to Canada in the middle of the winter. Not completely aware of the climate, he wore a winter jacket but sandals on his feet. He laughs as he recalls confused passengers asking him where he was going.

Ali had only $300 cash when he first arrived. He took a taxi to downtown Toronto looking for a place to sleep. The taxi costed him $60 which only left him with $240 to his name. He ended up staying in a hostel and a men’s shelter.

Eventually he met very kind people from the Romero House in Toronto who welcomed him with open arms and as he says “they were like family”. They connected him with Micah House Refugee Reception Services which provided him with housing in the Hamilton area. Eventually, he found an apartment to rent in St. Catharines.

14 months after his arrival to Canada, in February of 2019, Ali had his refugee hearing (four long hours) and at last, was accepted by Canada as a convention refugee. What was his reaction? He broke down in tears.

It’s been a long journey but one that now has a positive milestone. His days since have been spent studying English at the Folk Arts in the day time and working at night. He obtained his business license and is now working on growing his Trading/Agencies business.

As for the next step, re-uniting with his wife and two children in Canada and sharing all of these stories. Because these are stories he will definitely never forget.