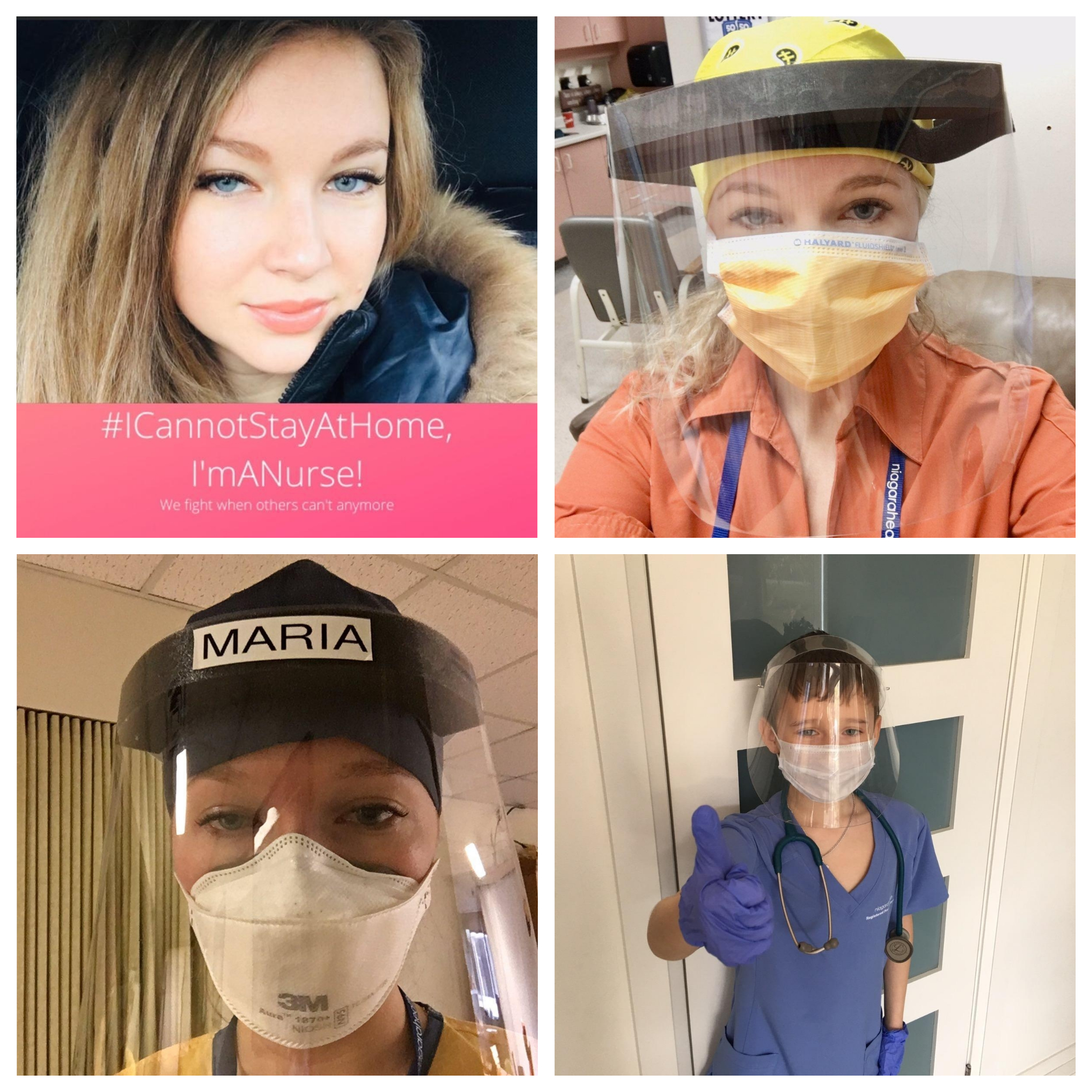 Maria came to Canada in October 2011 as a Permanent Resident uniting with her husband, who was a Canadian Citizen.

She is an Internationally Trained Professional with a Bachelor degree as a Specialist in Biology and experience working as a Science Teacher in a school in Russia.

After coming to Canada, Maria faced a lot of challenges/barriers - low English level, lack of personal and professional network and she felt dependent on her husband.

As a result, she felt a lack of confidence in herself. She missed everything she left behind in her home country (her close family, friends, colleagues, work that she loved, where she felt that every day she was doing something important).

Maria decided to enroll in the ESL Program at St. Ann Adult Learning Centre, she joined at level 3 and dedicated herself to attend everyday, despite now having two young children, ages 1 and 2.

Her husband supported her with every decision she made, and it was a busy household with him working full-time, she a full-time student, and two small children.

At school Maria worked extremely hard and reached level 6 in a short time, she enjoyed learning and being challenged, and making new friends and she began to feel less isolated.

Maria was referred to the Job Search Workshop Program (JSW) by her friends when she was transitioning from level 4 to 5 in ESL.

While working with the JSW Team, and researching career and education pathways, she received several referrals, including to Niagara College Immigrant Language Training Programs, School of Access Studies.

Maria was hesitant as she didn’t feel confident that she was ready for it, but in the end, she decided to take a chance. Within a short time of registering in and attending the program, she became one of the best students in her class, according to her teacher and Maria’s academic records.

Now Maria was ready to work and returned to the JSW Program for support. She was then connected to Niagara College Youth Job Connections Program and she attended all of their preparatory workshops and sessions then received a placement as a Pharmacy Assistant at Shoppers Drug Mart.

She enjoyed her workplace and friendly and supportive staff at the Shoppers Pharmacy and they loved her – her temporary placement turned into 4 years of enjoyable employment. The confidence that Maria gained at work, helped her to make another big decision – to fulfill her dream of becoming a Licensed Health Care Professional.

She registered in the Nursing Program at Niagara College in 2016 and began her next journey. During these 3 years of intensive study she was working and managing a family and a home. She recently graduated and became a licensed Nurse. Was it easy? NO! Was it worth it? YES!!! During all Maria’s years in Niagara College programs starting 2016 until 2019, she has been an extraordinary student, each semester, receiving an Honour Roll award, and graduating in 2019, with the Niagara Scholar award.

Now, just two months ago, Maria started her career as a Licensed Nurse with the Niagara Health System, working as a Nurse at a local hospital. Not only was she new on the job, but she was new on the job during a pandemic – having to learn and react very fast, stay safe, and continue to grow as a professional.

Maria was initially hired as a casual Nurse; however, she has been kept very busy during these challenging times, and is often working 12 hour shifts, more than 60 hours per week and is standing shoulder to shoulder with our other front-line Health Care Heroes, saving lives and protecting our community!

Through all her journey in Canada, Maria has been encouraged and supported by her husband Andrey, who believed in her success. One of Maria’s sons Alex is very inspired by his mom’s role. He also wants to help people when his time comes.

Sending our Love, Respect and Appreciation to Maria and all Health Care Professionals in Canada and all over the World!