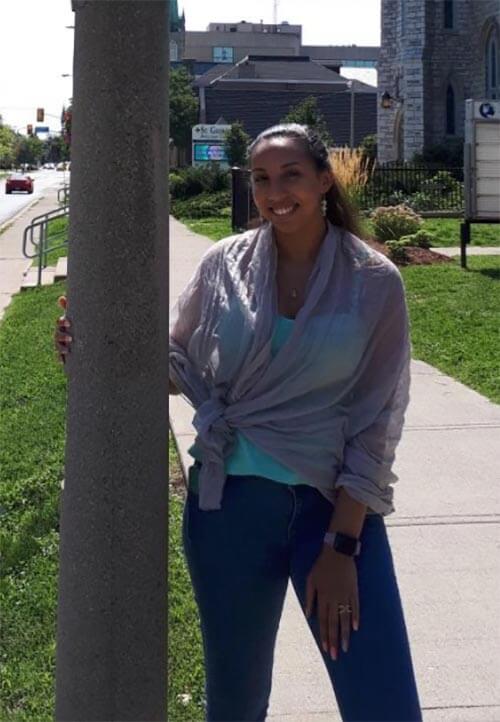 When you think of Guyana, France, Germany, and India, what comes to mind? Is there anything in common among these countries? Well, these are all the places that Athena traces her ancestry too.

Born to a Guyanese-Indian father and a French-German mother, Athena appreciates the best in all these different worlds. There are elements in each that Athena appreciates and wishes to one day learn both the German and Spanish languages.

Athena has been doing her co-op placement at the Folk Arts through Niagara College and will soon be graduating from the Social Service Worker program. Working at the Folk Arts has allowed Athena to meet other people from diverse backgrounds who have all made Canada their adopted home away from home.

When asked what is one thing she has learned after doing her placement here she says that everyone has a story, stories of resilience, of despair, of triumph, and of their home. She says before we make a judgement about a person, that we should try to get to know them, keep an open mind, and remove any biases or stereotypes we might have been exposed to. We will be better off as a community if we do.

As for her next step, Athena will pursue a Social Work degree from Niagara University. We wish her the best of luck in her studies!