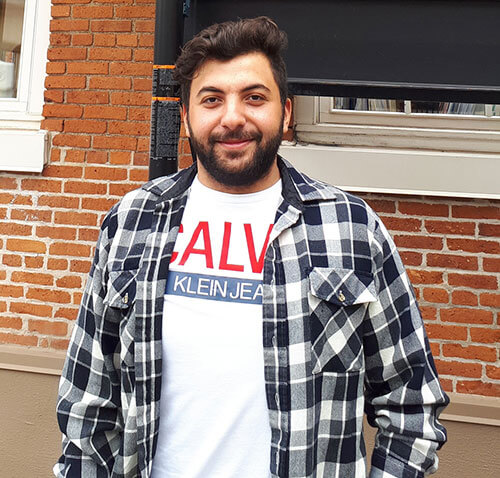 Yanal came to Canada in 2014 from Jordan when he was 16 years old with his family.

In the beginning of 2017, Yanal suffered a muscle injury through soccer and a concussion which affected his muscle movement throughout his body. He had to stop playing soccer however he used his knowledge of the game to coach high school level students throughout the year.

By the end of 2017, Yanal and his father opened up their own business in St. Catharines.

In early 2019, Yanal received two job offers and currently works with both Niagara Parks and the Multicultural Centre as a Youth Worker. In September, Yanal has his eyes set on starting the Computer Engineering program at Mohawk College.

And next month, Yanal and his family will become Canadian citizens.

Please help us in congratulating Yanal on his journey and success in Canada.

For more information about the Multicultural Centre Youth Group: https://tinyurl.com/y6spekvt