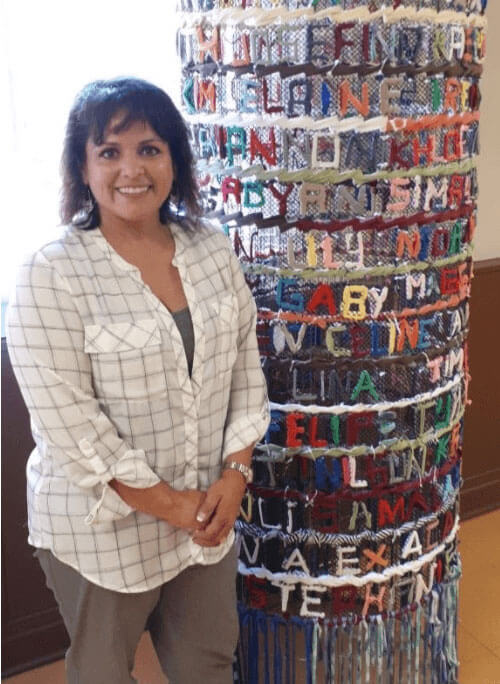 Carmen's story begins in Quebec born to a francophone father and a Mexican mother. Her mother was one of the first latina women in Sherbrooke, Quebec. Eventually, other latina women and members of the Spanish-speaking community would move to “La belle province" and form a social group and hold frequent gatherings together. Slowly from there, a community would be built and conversations around food and culture would take place. Her mother, 84 years old, along with her father, 95 years old, both still socialize with the same group!

Having a Mexican mother not only exposed Carmen to the Spanish language which she is fluent in, in addition to French and English, but to a love of languages and culture which resides deep within her. When asked what language she wants to learn next, Arabic is at the top of her list. While learning about Indigenous culture, Carmen believes it is important to be mindful of other cultures in order to be more inclusive, relate to, and converse with others.

Carmen started learning English at the age of 15. For the most part, she felt welcome in school, never feeling any discrimination. In 1995, she moved to Ontario and enrolled in Niagara College earning a certificate in Spanish as a second language.

She is currently a co-op student at the Folk Arts through Trillium College where she enjoys providing support to clients in their first language whenever possible and providing a resolution on their first visit.

Having worked at the Mandarin restaurant, her love of languages has led her to learn 700 words in Cantonese.

Carmen uses all 3 languages at home, speaks English with her husband, French with her son, and Spanish when she calls her mom every morning.

Carmen will graduate as a Community and Developmental Service Worker in October. As we wish her all the best, we say, Congratulations, félicitations, Felicidades!